Client / Background
Founded in 1890, The Bohemian Football Club, more commonly referred to as Bohemians or ‘Bohs’, are a professional football club from the northside of Dublin, Ireland. Bohemians compete in the Premier Division of the League of Ireland. They are the oldest football club in Dublin and the oldest Irish league club in continuous existence.

On behalf of the Board and everyone involved at Bohemian Football Club, I would like to thank Simon for his spectacular work in completely revamping the clubs website. Thanks to his endeavours, Bohemian FC now boasts – without doubt, the best designed website in the Airtricity League; something we could only have dreamt about before. We deeply appreciate everything Simon has contributed, and continues to contribute.

Challenges
‘Bohemians’ needed to upgrade a dated website and had identified a more contemporary online presence working in tandem with social media as a way of connecting with existing fans and as a means of developing a new generation of fans.

Connecting with the football club’s fanbase was central to the strategy behind this project. So it was important that the new website was professional in how it reflects club tradition and symbolism, but was also interactive and contemporary enough to appeal to potential new and younger fans.

The project also called for active input by site contributors under different subsections of the site, allowing for content to be updated and edited easily by club staff and volunteers with little training for regular new items, match reports, event and sponsor advertisements etc. and an updatable league table.

Results
Bohemians now have arguably the most modern and comprehensive online environment of any League of Ireland football club. The new Bohemians website – www.bohemianfc.com – is helping with the club’s activities in the local community and is helping to expand the club’s fanbase both domestically and internationally.

Since rebuilding the club website in 2012, I have stayed involved with the club and have also rebuilt the club shop website www.shop-bohemianfc.com. I am now regularly involved in a consultancy / advisory capacity in a lot of Bohemians’ marketing & branding work, particularly during the clubs 125th anniversary year in 2015 and the redevelopment of Dalymount Park.

Simon’s innovation and phenomenal drive for perfection was evident from day one. His communication skills and knack for understanding requirements has been remarkable throughout our dealings with him. Simon completely absorbed himself into the project and his commitment did not stop when the website went live in October 2012. He takes great pride in his work and as such, still goes above and beyond the call of duty in the upkeep of the Bohemians website with regular advice and new – and unique – graphics. 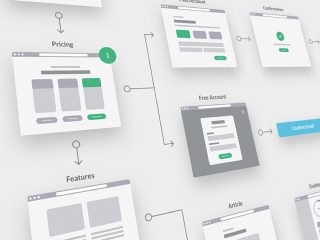